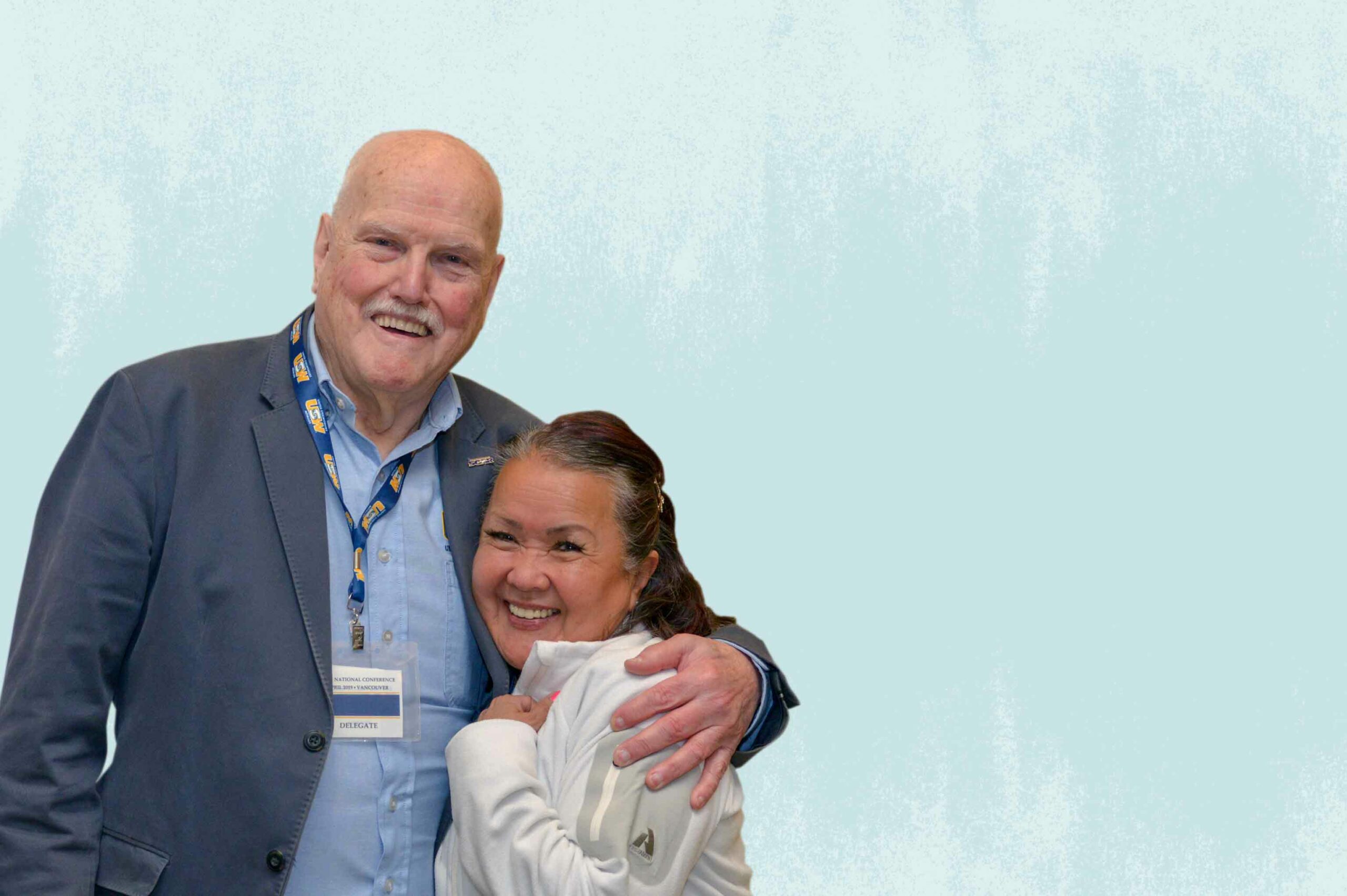 Active retirement takes on a whole new meaning through SOAR, the Steelworkers Organization of Active Retirees. SOAR is a voice for USW retirees and their families and keeps retirees connected with the union.

Active retirement takes on a whole new meaning through SOAR, the Steelworkers Organization of Active Retirees. SOAR is a voice for USW retirees and their families and keeps retirees connected with the union.

Watch: Steelworkers retirees are looking towards the future

Our Steelworkers Organization of Active Retirees (SOAR) is looking towards the future with a plan for a new direction.

Read More
Click to read the article about Watch: Steelworkers retirees are looking towards the future

The United Steelworkers union (USW) Local 1-207 has filed applications with the Alberta Labour Relations Board (ALRB) for union-certification votes on behalf of Starbucks workers at two stores in Sherwood Park, Alta. “The baristas at the Sherwood Park stores are tired of not being heard, and they simply want a voice and a seat at […]

SOAR was established in 1985 to organically link the USW’s active members with those in retirement so that both can work on common problems. SOAR has proved to be a true partner of our active membership in the pursuit of economic security.

In recognition of this partnership, the delegates to the 30th International Convention voted unanimously to add an amendment to the USW Constitution recognizing SOAR as an affiliate organization of the USW. The amendment also encourages the formation of SOAR chapters, establishes direct communication between the local union and the chapter and gives SOAR chapter leaders input into negotiations on retiree issues.

Until SOAR came along, there was no strong advocate to focus attention on the special problems and needs faced by USW pensioners and their spouses.

SOAR made these problems very visible and helped fashion USW policy to deal with them. Our relationship with the United Steelworkers is based on shared values

The major purpose of SOAR is to deal with the social, economic, educational, legislative and political developments and concerns of its members and spouses. We fight for the preservation of social security, for medicare, for better health care protection, as well as for federal laws to better serve the elderly.

Our structure gives USW retirees a special place in their union.

Becoming a member of a SOAR Chapter is the best way to stay involved when you retire. SOAR Chapter membership provides retirees and their spouses with a vehicle for continued social interaction with their friends and co-workers. The SOAR Chapters also serve as the focal point of legislative and political activity on behalf of the union’s members and all retirees.

SOAR publications include the bi-monthly SOAR Chapter Connection as well as the quarterly SOAR in Action.

View the SOAR photo gallery on Flickr Photos from the 2022 SOAR International Conference in Las Vegas.

How to start a SOAR chapter