MONTREAL, QUEBEC CITY, HALIFAX, ST. JOHN’S – Security screening officers at every airport across eastern Canada have overwhelmingly rejected a new contract offer and are renewing calls for the federal government to accept its responsibility in resolving long-festering problems in airport security.

Some 2,000 security screeners at all 26 airports in Quebec and the four Atlantic provinces have voted by more than 99% to reject the contract offer from their employer, multinational corporation Securitas. In several airports, security officers voted 100% to reject the offer.

“These votes reflect deep-seated frustration among thousands of workers who have tried for several months to negotiate long-overdue improvements to their working conditions and airport security,” said Marty Warren, National Director of the United Steelworkers union (USW), which represents the screeners.

“The ultimate responsibility to resolve these issues lies with the federal government and its Canadian Air Transport Security Authority,” Warren said.

“We expect to meet in coming days with the federal Minister of Transport, Omar Alghabra, and we sincerely hope the minister will recognize that urgent action is required,” he added.

In testimony last week before the federal Standing Committee on Transport, Infrastructure and Communities, the USW warned that security issues and chaos for travellers will continue to arise in Canadian airports if the government does not accept its responsibility to implement long-term solutions.

“The Canadian government must value the work of airport security screeners. It is clear to us that staffing shortages will get worse and what we experienced this summer will be repeated, especially during the coming holidays and even worse, next summer. The problem has not been resolved,” Julien said.

Many of the problems can be attributed to the bureaucracy-laden system put in place by the federal government to distance itself from having to deal with airport security screeners as full-fledged government employees, he added.

As a result, airport security screeners have been forced to negotiate with multinational corporations intent on maximizing profits, while the government remains at arms-length even though it has the power and responsibility to dictate the funding and service levels required to resolve long-standing issues.

“We need the federal government to intervene. It is ultimately responsible for the security of travellers and for airport workers. Workers are demoralized, they’re discouraged, and the situation will not improve if nothing more is done.”

The USW represents 225,000 members in nearly every economic sector across Canada and is the largest private-sector union in North America, with 850,000 members in Canada, the United States and the Caribbean. 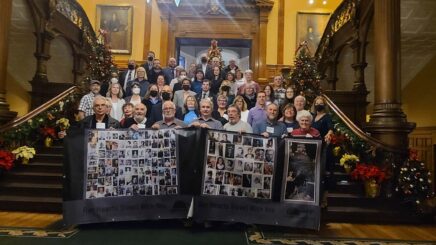 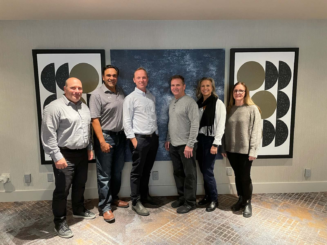